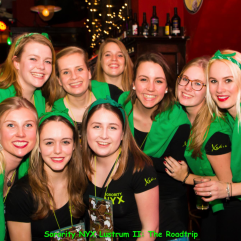 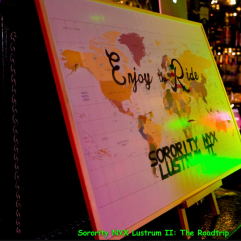 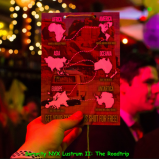 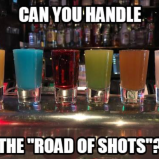 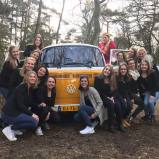 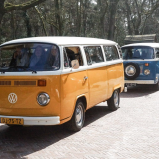 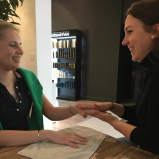 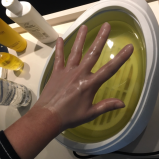 Over the past months we were very busy again! We attended a lot of parties, and we made some unforgettable evenings. We had also our own second lustrum party: Shotnight, the road of shots. Besides that, NYX went on a road trip! And we had again our Relatives Day!

To start off with the Shotnight: we organized this event with the theme ‘roads of shots’ because it was our lustrum edition: The roadtrip! All our shotlovers were of course present:). The party was on 14 March at our lovely bar, studio Dependance.

To celebrate our second lustrum activity we took the theme ‘roadtrip’ quite literally! Nearby Utrecht we drove in vintage Volkswagen vans. With a lot of Goddesses of Sorority NYX we have had an amazing day. We also needed to be photo-ready this day, because we had a photoshoot in the Soesterduinen. After the photoshoot we had a lovely lunch, and after that we played ‘live’ Cluedo. By the end of the day we have had some drinks at the beautiful castle in Amerongen, after the drinks we ate some homemade cupcakes which were made by Tara. We drove the Volkswagen vans back to Utrecht where we rented the vans, and we went back home. It was a long, but fantastic day.

Another activity we had was quite relaxing. It was a paraffin wax treatment by the ZeNNsation massage & wellnesspraktijk. The great treatment gave us a really relaxed feeling which was very nice:).

For the Relatives Day we all brought our lovely brothers or sisters, we first had an ‘Ik hou van Holland quiz’, after that we canoed through the canals of Breda. To close the day we had some drinks at Studio Dependance.

In the past few months we attended lots of parties! The well-known party of H.D. Matador: I Love College, and the Belgische Bierkoning of H.G. SWAF. We also went to the Lustrum party of Fraternity Palto, some great artists had made our evening complete. Besides that, we joined dames Sophisticats at their Apres-ski party, as well as to their other party: CoolCATS. We also went to the party of Dylectus: Party to the Máxima.

The new instalment of our sorority and the one of G.D. Egidius organised a special beer tasting. They bought 5 special beers with some tasting bites. After the beers and bites we went to the city centre, and played some beer pong together.

Furthermore, we organised a pub crawl together with S.V. ‘t Kag, we went to a lot of pubs and drank lots of beers together. At Café Wings we ordered a few ‘landingsbanen’, a ‘landingsbaan’ exist of 1 beer and 3 shots! Besides that, we attended the lustrum party of S.V. ‘T Kag later that month, which was an amazing evening.

Also this month, we had an amazing activity with H.D. Heeren 69 – Prima Nocte. At Café Boerke Verschuren we ate together at our self-made ‘friet tafel’. After a lot of fries and snacks we played a few games like: Bierpong, Stresspong, Flipcup, and Mensergerjeniet. We closed the night in the city centre at the party of S.V. ‘t Kag: Stout in het oerwoud.

On Liberation Day we enjoyed the sunshine together with H.D. Magna Concordia in Tilburg at the Studentenbevrijdingsfestival. Before the festival, we had an vodka jus Brunch. We also played a lot of drinking games, like beer pong and stress pong. It was an great day!

We are looking forward to all other parties in the upcoming months!

Furthermore, we already started planning our next party. Sorority NYX presents: Costa cava Lustrum edition, which is on Wednesday the 6th of June at studio Dependance. See you there!

‘Let’s count the stars together…’

Last Wednesday we had a drink with @jc.escalatie, thank you for the great evening! We had a blast 💙💚
We proudly present the new composition of board Vos. Good luck girls! 💚 Praeses: Moniek Vos Vice-praeses: Aimee van der Wal Ab-actis: Anne-Fleur Elzerman Quaestor: Lotte Verstegen
Last Thursday we enjoyed an evening filled with tapas and wine with the board of S.A. Xenia. Thank you for the great evening💙💚
%d bloggers like this: